Congratulations to M on the occasion of her birthday. 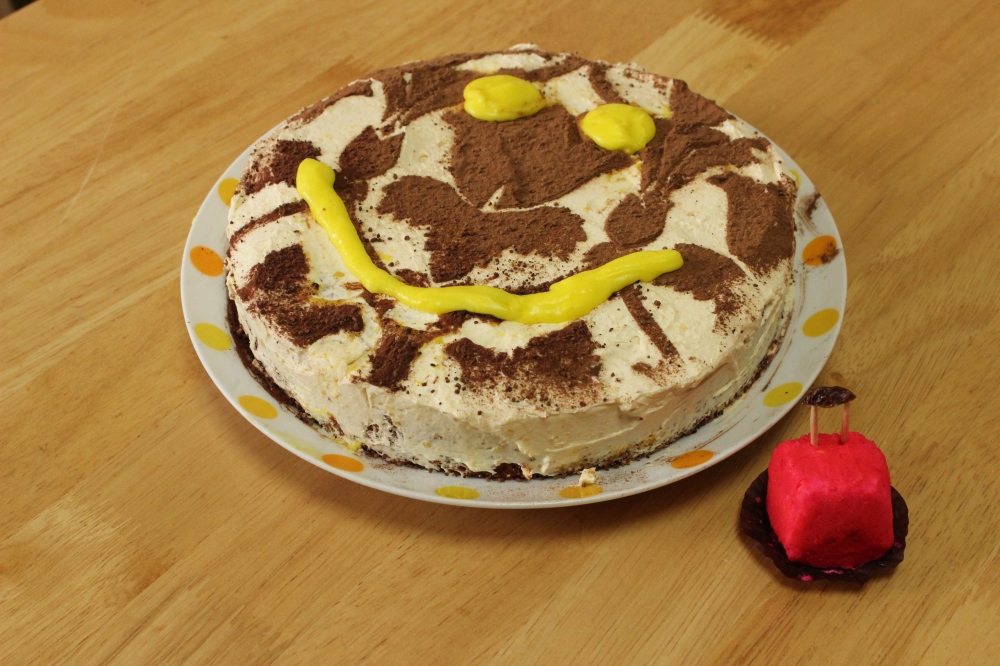 This is a cinnamon-applesauce cake with a basic buttercream frosting. The design is based on the 221B damask wallpaper and is stenciled in cocoa powder mixed with cinnamon with the smiley face from “The Great Game” piped on top. To make the stencil, we printed the damask pattern and cut it out of a clear plastic file with an exacto knife. On the side, a tiny suitcase in a frankly alarming shade of pink buttercream.

I am not good at frosting (yet), which is why I typically avoid it. Please refer to 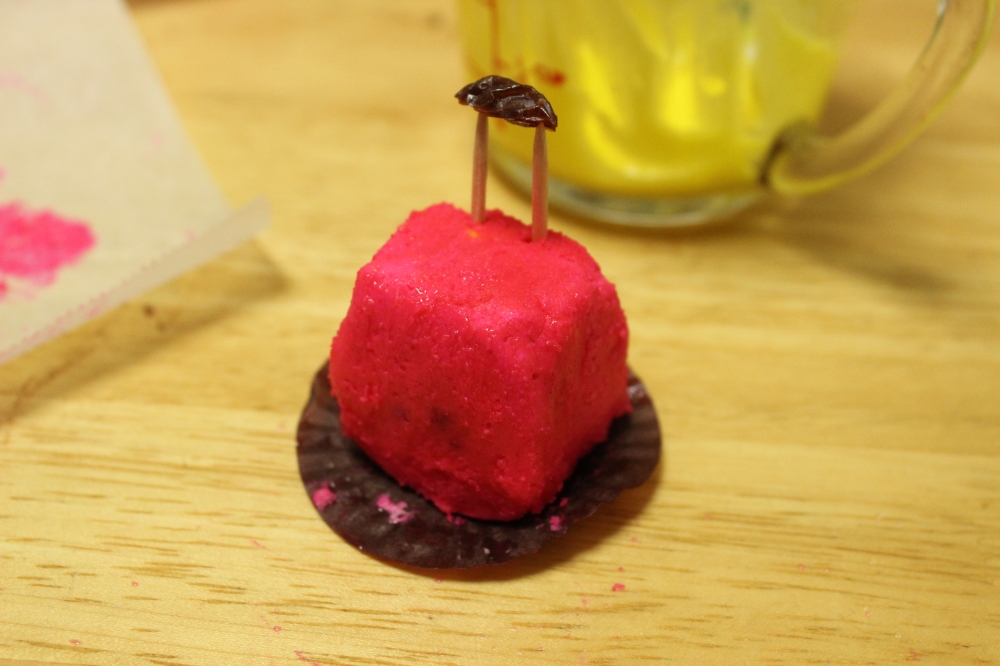 The suitcase was originally meant to be the apple from “The Reichenbach Fall,” hence the roundish shape–the base is a Ferrero Rocher. Given that the red food coloring turned the frosting a retina-scorching shade of pink (why was I surprised?), I decided to go with it and recreate Jennifer Wilson’s suitcase from “A Study in Pink.” A marzipan apple would have worked nicely, but I was unable to locate one in the import store. IOU. 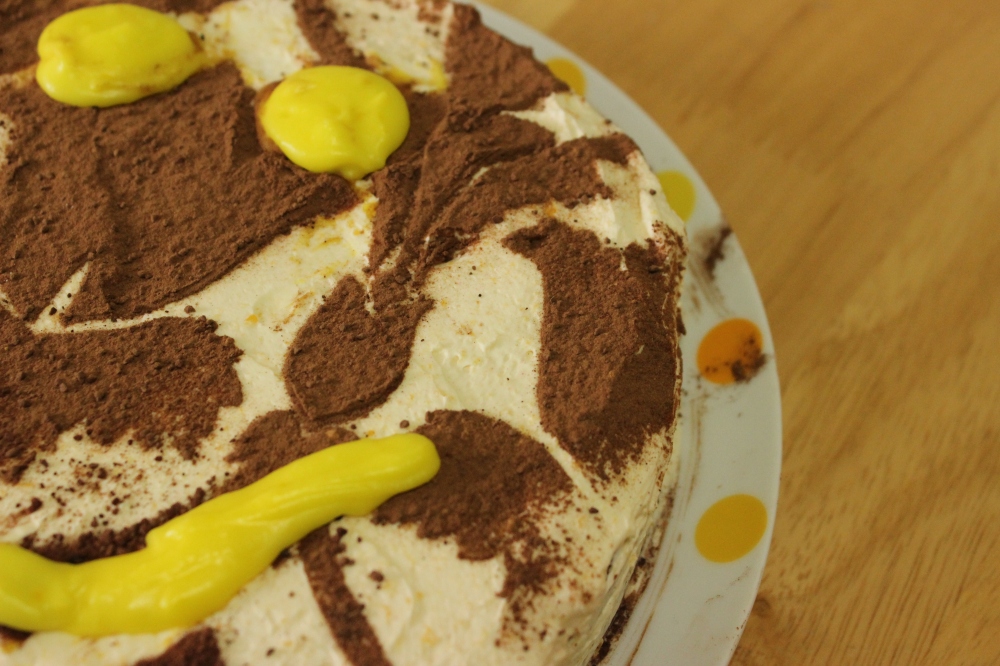 In the future, I would invest in a proper shifter so the powder goes on more evenly. On the bright side, the damask design stuck well after the buttercream hardened a bit.

This post is not going to be a tutorial on cake stencils since I want to perfect my technique first, but if you are interested in the cake recipe, see below.

Olive oil, butter, or cooking spray for greasing the pan

Procedure
1. Preheat (yonetsu, 予熱) the oven/oven range to 170ºC (340ºF). Grease the pan with a little olive oil/butter/spray and set aside.
2. Beat the eggs and sugar together on medium-high until light yellow and slightly thickened.
3. Add the applesauce and water and beat until evenly mixed. Added vanilla and orange zest.
4. Mix flour, baking powder, cinnamon, and nutmeg in a separate bowl and fold into the wet ingredient mixture until just combined.
5. Pour the batter into the pan and bake at 170 for about 40 minutes or until a tester comes out clean. Let cook completely before frosting.

Buttercream
You’ll need about 1.5-2 US cups (~480 mL by volume) of buttercream frosting for the cake and decorations. I used a half recipe of “Basic Buttercream” from The Joy of Cooking. Alternatively, a little powered sugar or a simple glaze would be nice.

Notes
* I had intended for the candles to go into the smiley face to be the bullet holes, but my friend decided she didn’t want to break up the design. Her birthday, her call.
* I used a dekopon (デコポン), the most delicious of all citrus, but an orange (orengi, オレンジ), large mikan (ミカン), or iyokan (伊予かん) will work.