Ask me about my various strange allergies and I will give you a Cyrano-esque list of jokes I’ve thought up to make myself feel better. One of these is that I am a food allergy hipster–I was doing it before it was cool.  (I was doing it before hipsters and indie kids were even a thing, for that matter.) My body decided at 12 that crippling seasonal allergies were trite and that Latex-fruit syndrome was more underground. And it was: I was diagnosed a good 5-10 years before the medical community caught up with this, and before Johns Hopkins announced that the use of latex gloves for the medical community was A Bad Idea. I was rocking my allergy when you couldn’t even buy non-latex bandaids at Kroger, that’s how cool I was.*

This was also before google was a verb, and so I spent a decade of my life being simultaneously terrified of eating new fruit and woefully ignorant about the non-fruit foods I ended up eating for the first time without a second thought. Latex-fruit syndrome is sneaky because you aren’t allergic to all the foods. Of this foods listed, I am only allergic to one of the four high-risks (kiwi) and one of the moderates (melons, but not watermelon). 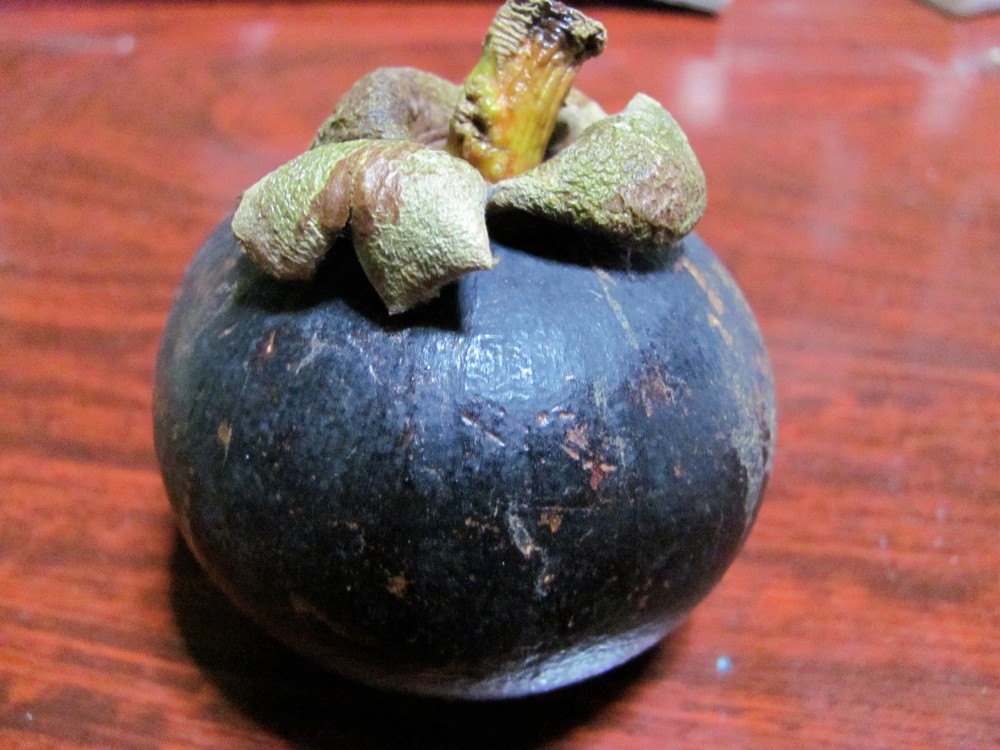 When I moved back to Japan, I discovered that one of the grocery stores in my town inexplicably has a good selection of exotic fruit. So now I do what any respectable adult geek with allergies does: I google the fruit to see if it’s related to any of my known allergies. (This is also how I found out I shouldn’t eat pistachios, a cashew relative, which explains the itching but makes me sad.) 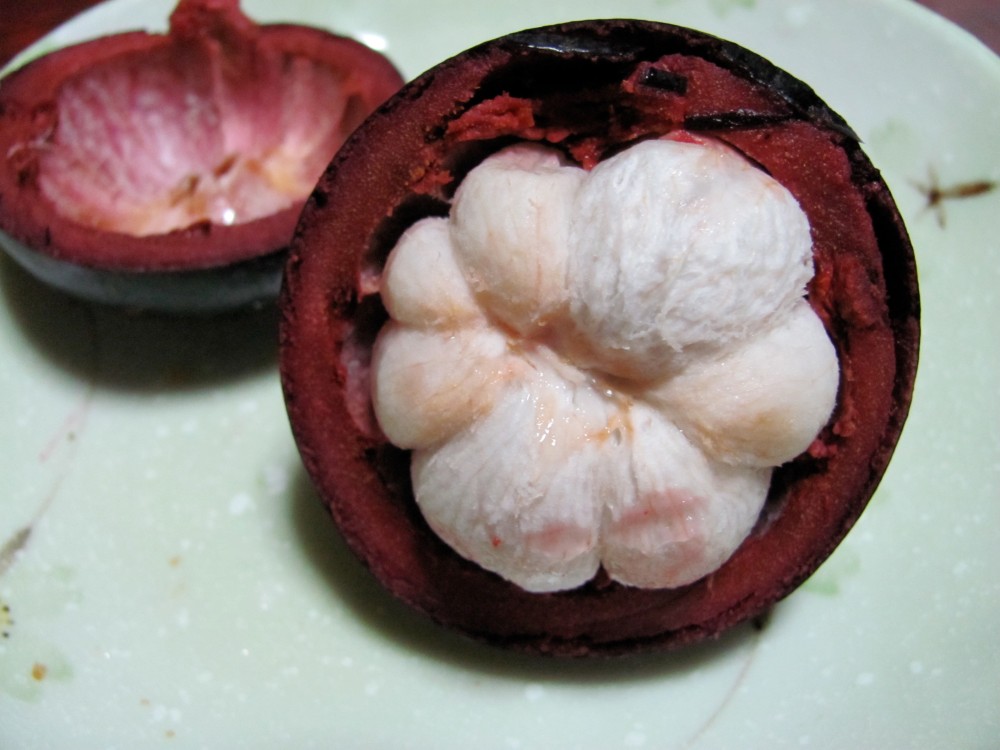 Mangosteens imported from Thailand showed up in droves last week, and a google search shows that they are not associated with melons, kiwi, or the latex allergy, so I decided to give one a try. Mangosteens are visually interesting, with their purple shell-like peels and the soft white interiors. The edible white part fruit is divided like orange sections; the flavor is sweet-tart; and it melts in your mouth. The seeds are not edible but are pretty easy to remove.

*Gluten and soy allergy sufferers of the early 2000s have equal cred.